You are here: Home

The Author´s Presentation of The Ringbearer´s Diary 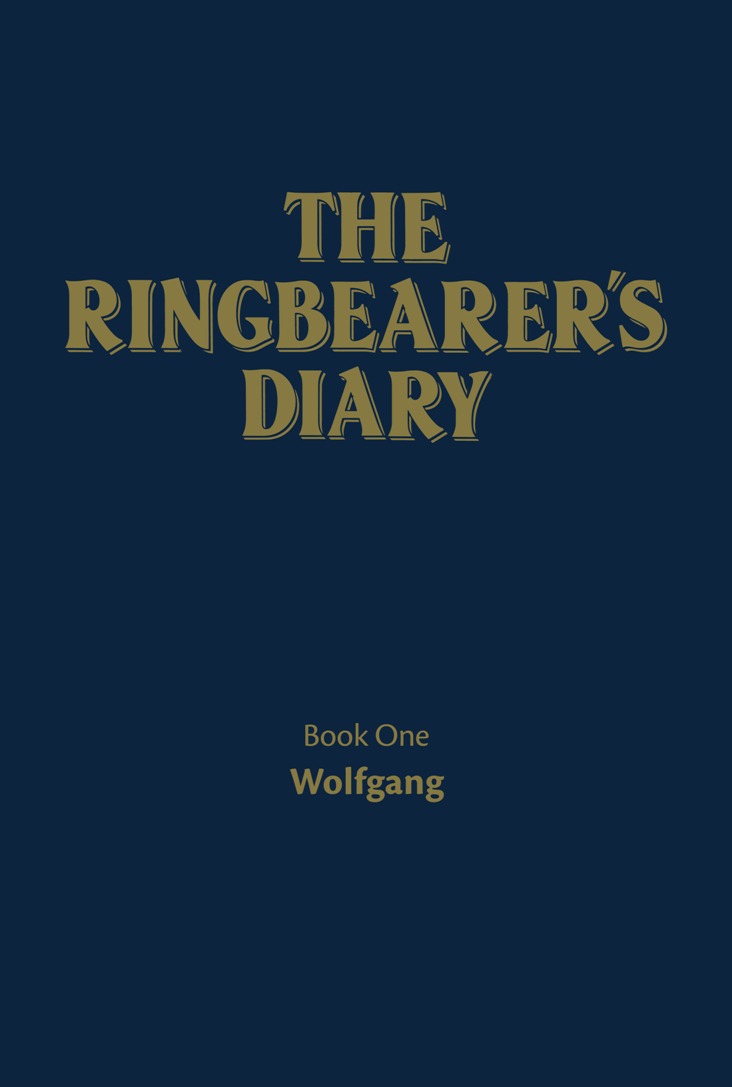 Fairy tales and myths demonstrate that for thousands of years human beings have tried to tell stories that could be told in no other way than by means of symbols or dream language code. Book One constitutes the entrance to a mighty “magical landscape” where no rules apply except those of the landscape itself. In these regions the perennial question is: dare we take another step forward? If we dare do so – no matter what we will get to hear – it may happen, for instance, that one could be given the task of placing Tolkien’s The Lord of the Rings on top of Wagner’s opera cycle The Ring of the Nibelung, as if we were having on our hands two transparent maps which – when lit from behind – coincide to reveal longitudes and latitudes as well as a wealth of parallel stories. As a culmination, a cunning mechanism is revealed: The Cursed Ring. At a first glance it does not look particularly dangerous, but later on it turns out to be capable of blowing to atoms the consciousness, building a false consciousness on top of the right one as well as sending humanity “back to the stone age”, as far as evolution is concerned.
However, the magical landscape contains a counterpoise against the Ring, and if – as it happens in the last chapter of the book – we dare ascend probingly through the corridor system of the Cheops pyramid all alone, in pitch black darkness, it is revealed that this fantastic structure is in fact a model of the very consciousness that the Ring attempts to destroy.
Two contraries have been lined up and we shall see that they influence the entire world history. Music plays an enormous part in this landscape, and this is why we have let Mozart link together the events. After this, a mighty battle looms on the horizon, and the weapons used in this tug of war will be outlined in Book Two.

SINCE APRIL 2015: Listen to The Pyramid Story (Ascending through the Pyramid, chapter 5 in the book) on YouTube. 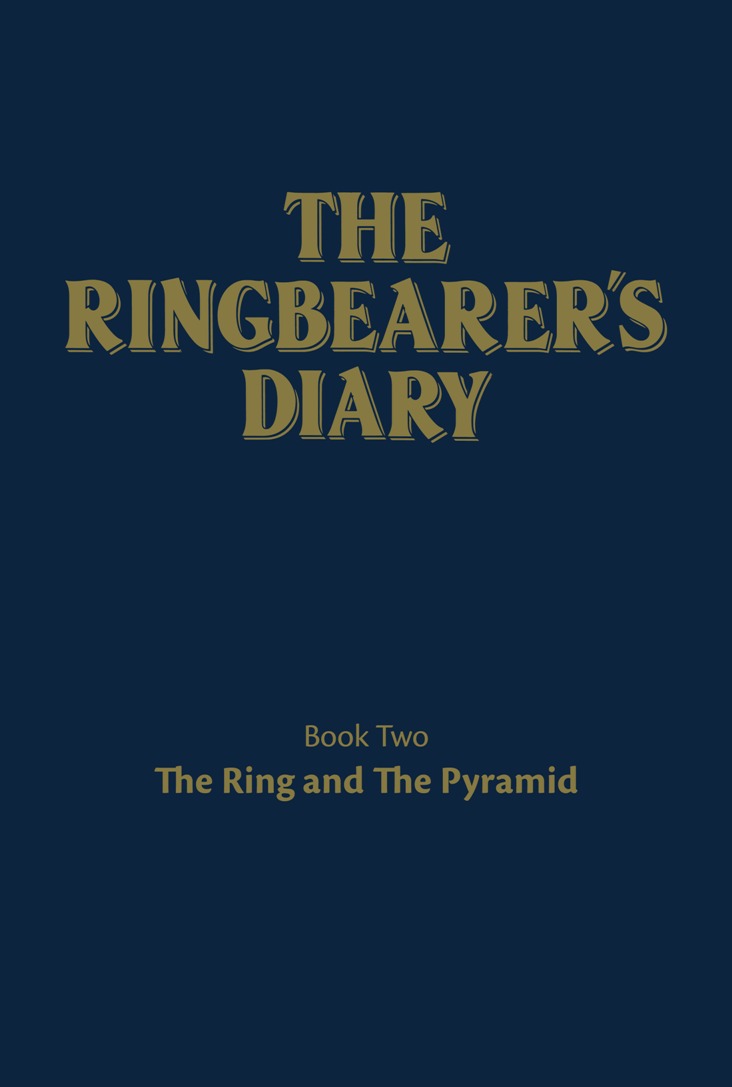 Book Two: The Ring and the Pyramid

After having made our way through “the secret door” of the pyramid, we enter a completely new landscape – a world hidden to those who dare not be true to themselves. In fact, here a violent struggle between good and evil prevails, a battle between God and the Devil – and only the brave is able to keep their balance. To compensate, the new magical landscape shows us the right weapons for this battle, and as we saw earlier on, the strongest weapon of evil was The Cursed Ring, capable of forcing even the coolest hero to his knees. As a counterpoise we have the human being’s own awesome consciousness, and the very pyramid structure from Book One is just the beginning: here we have a structure that turns out to describe the most intimate processes of the consciousness. As it transpires, this fantastic building may be “x-rayed” by something we might call intuitive geometry, by means of which we may map not only the details of the consciousness but also the nature of “the good, the true and the beautiful”. Indeed, these qualities make up “the weapons of the Light”, and in the end they are stronger than the Ring.
Systematically and clearly, the intuitive geometry is capable of describing the forces at our disposal as well as the forces at the enemy’s disposal. Here the Ring is revealed detail by detail, and simultaneously the fascinating, colourful personality of the human being is mapped in a way that makes structure, feelings, insight, experiences and power of expression form a mutual pattern. Previously, these patterns have been mentioned by occult literature, but the chakra system – as this mighty context is called – is now mapped in a way that makes it “mirror itself” in its own opposite: the Ring. Only by describing these two adversaries jointly both may be understood, and only by means of this understanding we may ready ourselves to travel into the actual world – bringing along the right weapons – and a clearly sketched portrait of the new enemy that we will meet in Book Three. 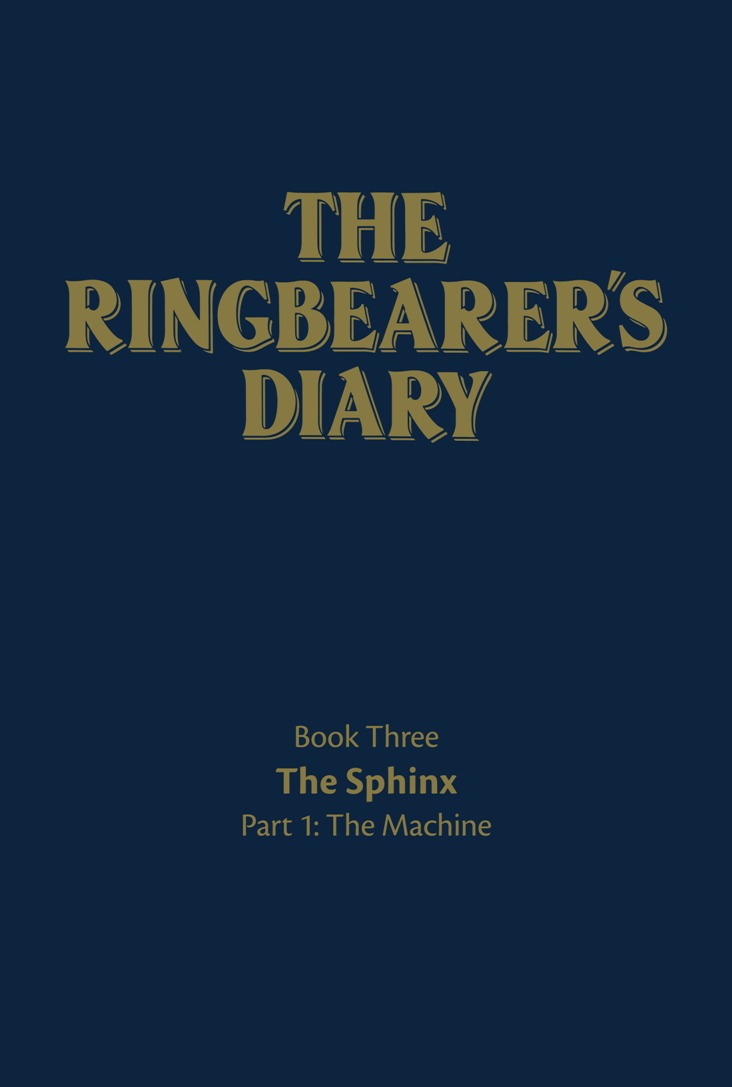 Part One: The Machine

Book Three has been written 20 years after the publication of the first two books. It has been written over a period of approximately 10 years and it totals about four times the first two books. Because of its bulk this part of The Ringbearer’s Diary has been divided in three volumes, which simultaneously turn out to represent the extremes of the Darkness/evil – and the way out of the Darkness, respectively. So, Part Two of Book Three slowly develops into an actual diary that translates all the preceding discoveries into daily practice and Part Three brings everything together.
The copious amount of pages of Book Three is owed to the process of linking together the entire list of incarnations with the present incarnation – as well as with the mapping of the consciousness as such, as we saw it illustrated in Book Two. The result is a colossal overview of the capabilities of evil – balanced with the powers of the consciousness. Gradually as we research and listen, it turns out that we are able to construct a world historical “map of events” which clearly indicates that the oscillations towards harmony or disharmony respectively, is not owed to local cultural initiatives, wars or migrations, but to variations of an energy balance lying behind it all: what happens on the planet is caused by a general atmosphere and not by social or other contexts.
This atmosphere may be influenced by many different factors, and while yet deeper details of the stories from Book One are clarified, a strange jamming device, the “Machine”, is revealed. This “Machine” has kept the mindset of humankind locked in an iron grip for millennia. This is the very mechanism that has ensured that the religions have been limited to pronouncing themselves on God instead of contacting God (doing the latter would have united the religions), and within the realm of scientific research the “Machine” has maintained a particular kind of blockage that makes it unscientific to pronounce oneself on topics which cannot from the outset be recognized as appertaining to the world vision defined by traditional science. For centuries, philosophers, religious reformists and scientific pioneers have been forced to struggle with these problems.
So, now we have revealed the origin of a kind of anxiety ridden illusory safety net: an atmosphere from the “Machine” tells us in an automatically repeated way that we deify ourselves most preposterously if we claim to be in contact with God, or if we can sense the existence of physical or psychic laws that cannot be verified by means of traditional scientific methods.
The question is, should we accept being controlled in this way? 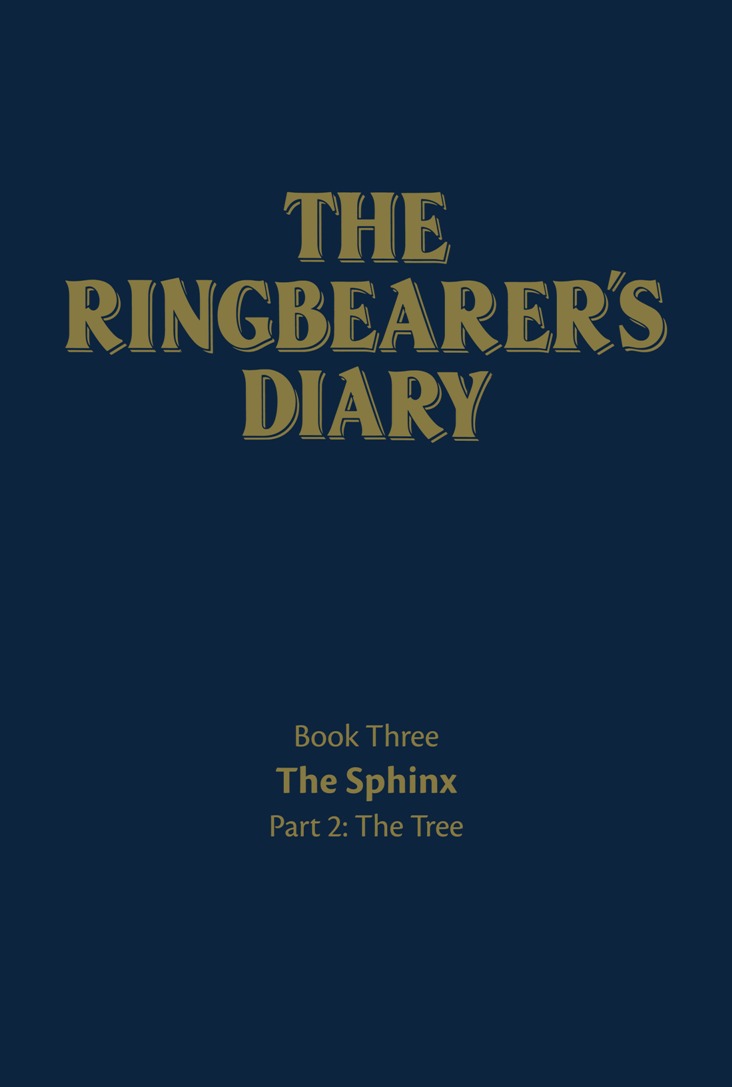 The second part of Book Three describes the journey out of the limitations and blockages that abound in our world history and cultural history. At the same time we now travel with a new superior vision through the consciousness and through myths and fairy tales. We contain an inner “World Tree” that simply cannot be felled or poisoned – if we travel in the direction of the true and the noble, nothing can stop us. This is what the consciousness tells us, while its last details are being mapped.
Although The Ringbearer’s Diary depicts the story of a single person, my story is no more unique than that of any other human being. Despite the fact that I experience distant recollection of previous incarnations, I am not given any kind of “karmatic privileged position”. My experiences, however, do make it possible for me to personally witness and describe the principles of our journey toward ourselves, toward love and toward God. I have perceived it as my duty to translate all my experiences into a useful tool to be made available to anyone who wishes to struggle through whatever obstacles they may encounter in their journey toward themselves.
Myths and art may be used in a way that is literally breathtaking, when at a certain point we catch the scent of the huge amount of information that e.g. a work of art may contain. We have at our hands a code language that jamming devices such as the “Machine” would rather muddle. Much energy has been devoted to making e.g. Richard Wagner appear as almost the most unsympathetic person ever known to history – as well as setting him up as being responsible for Hitler’s extermination of the Jews during World War II. Once we become able to see and hear what is really going on in Wagner’s works, we understand why it has been crucially important for someone to manipulate the truth behind the actual life and personality of the composer. In this second part of Book Three, Wagner’s works form the first steps of a historical/mythological/psychological stairway leading from the discovery of the instruments of evil to absolute redemption.
The “Machine” sees to it that we believe human life is meant to be “so and so”. By following the Light and life – no matter what kind of resistance is dished out by the Darkness – it is possible to demonstrate in practice, that we humans are capable of changing the world so that on a worldwide basis we may get back ourselves, God and love. 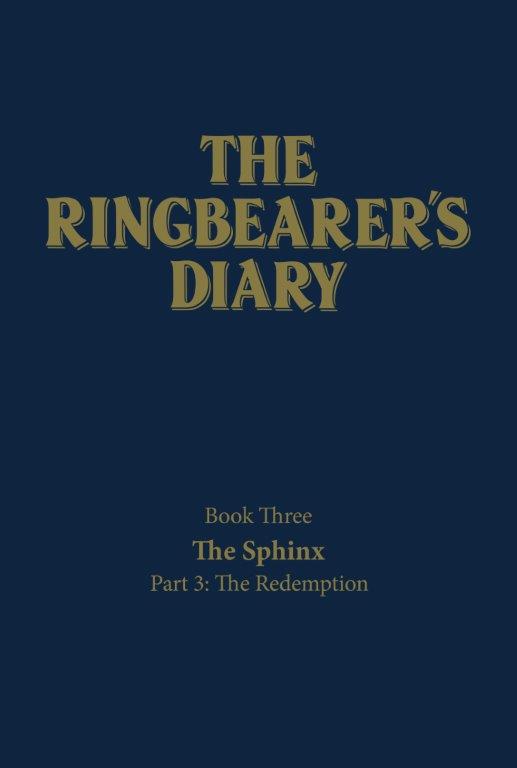 We have now come so far in our journey that – to the tenacious reader – a huge amount of concepts and events create especially significant contexts. Now a lot of associations have been connected up with many different details and in this way a whole new form of language actually arises whose full depth may be acknowledged only by those who have followed from the beginning. The technique highly resembles Wagner's use of remembrance motifs, also called leitmotifs. So, parallel to examining Wagner' s latest compositions, i.e. the third act of Götterdämmerung as well as the entire opera of Parsifal, Wagner' s extensive use of this technique – where the singers sing what they mean, while the orchestra tells us what they really think – is linked to the many details of our story. No longer are we dealing with an examination of musical works, but with the use of great art as an actual door opening on worlds lying behind.
Everything now comes together, and the redemption emerges from the mist. It is fantastic what art may accomplish when we take it seriously and dare listen.